*This lesson comes to you free of charge.

Spar, the "hypermarket" on Bannerghatta Road, just redid their entire store layout. The claim to have created "Worlds" in the store: one for home, one for groceries and whatnot. They've mainly shooed out all the underperforming brand stores from their premises, and spread out their wares so that there is no 3-hour trolley traffic jam in the aisles. For which I am very grateful, especially since I was always an innocent victim of the trolley jam.

The supermarket trolley is the most devious marketing ploy ever dreamt up by retailers. It's chugging along on wheels with minimal effort from your side, if you have an infant you can plonk the bugger little darling into the baby holder and let it rip colourful packets off the shelves or dupattas off the shoppers as it passes them by, and if you like those breadcrumbs that might be useful for making those cutlets that you haven't made in four and a half years, you can just throw the packet into the trolley and carry on. You could end up collecting raw materials (incomplete, of course) for half a dozen cookery and hobby projects to counter your premature midlife crisis, all in one hour's shopping, and never realize it, because the trolley is doing the damned lifting! The trolleys will make sure you use EVERY ONE OF THOSE SODEXO COUPONS in your booklet, even the 50 paisa ones that you count fifteen times when you're ahead of me in the queue (may your cutlets fall to pieces in the kadhai). Between the trolley and the Sodexo, you can be sure that Spar is going to expand into the apartment complex next to it before the year is out!

The husband has devised a wonderful strategy to beat the retailers at their own game. We always pick up a basket. When the basket becomes too heavy, it means it is time to stop shopping. If it becomes too heavy before you've picked up the essential stuff you came to buy, well, you just put those 2 litre bottles of mild detergent back into the shelves! If that doesn't work, you just hand the damned basket to the husband and get another one (basket, not husband).

Today I saw how Spar has deviously shifted the billing counter to the ground floor, and lined the space where the queues form on weekends with chocolate, chips and other junk food that we all eat but scold kids for demanding. Mummies will not even be able to see what junior is adding to the pile on the trolley because she's busy playing "The Price Is Right" in her head and counting off Sodexo coupons. Devious, devious store. To take revenge, I did not even pick up a basket today. I must have looked like a crazy fat woman with flying hair clutching groceries in my arms, but that's how I walked to the billing counter. Bwahahahaha! You cannot make me buy more than I need!

In other news, The Times Of India has made an amazing breakthrough in the study of the human body.

"Low birth weight due to toxic chemical in toys"

Apparently, the 100% conscience free retail chains are now targetting gullible foetuses. Expecting Ladies who just saw an ultrasound that nearly killed them: It's not a three headed baby! The kid has a playpen in there!

Remember the scene from The Father Of The Bride where the girlie comes home in tears and threatens to call off the wedding when the guy gets her a blender as a gift, because he thought someday she might want to blend something? Well, I came quite close to threatening to call off my already-happened wedding when the guy just refused to get me a blender, even though I so clearly needed to blend something every now and then! But he's a darling cutie pie and I have been working damned hard in my can't-put-on-the-resume animal husbandry role, and we're now the proud owners of a mixer-grinder.

Of course I have gone bonkers with the new gadget, and given the husband's inexplicable need to watch every single T-20 World Cup match down to its end despite not having a TV, we're having two dinners daily. One at about 9 and another at 11:30. (Mothers, please turn your attention to your other kids at this time. Thanks for having those cute little girlies.)

Here's what we've managed to make so far:

Pesarattu: For the first time in my life I measured the ingredients. It's not my style.

Mango Milkshake: Sad that the mangoes are all but gone from 'looru

So just writing in to say hooray, and if you're looking at buying a mixie in the near future: Jo biwi se karey pyaar, woh Mophy Richards Icon DLX se kaise karey inkaar??

Singing off with a lovely ad I found online. Can't be abusive on a "family" blog (Hi Papa!) so I'll just say the guy is wearing the last set of clothes that the mixie hasn't washed for him…. 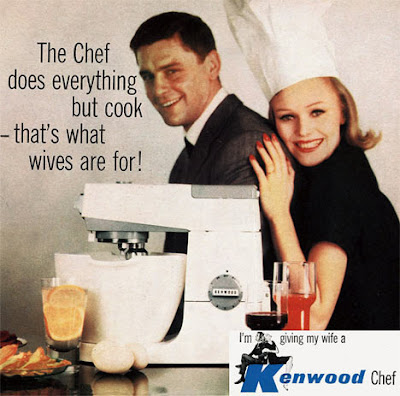 At the supermarket yesterday, a newly married chooda-dhaari girlie and her friend were trying to buy dal for what was clearly the first time in their lives. "This one? This is the yellow dal? The one for sambhar? The one for dal chawal? Are they the same?" Since they were standing facing the right one, I did not offer to help, and just walked past with a smile. They were speaking in Hindi, and if their accent had been dyed Punjabi, I'd have had to push them a fair bit to the left.
Yellow Dal. That mysterious, all-encompassing name of the food of those who do not enter the kitchen! My favorite question, and one which I regularly ask random people is: "How man kinds of yellow dal are there and what are their names?" Most people stop at two, which are the two their Mummy makes. Anyone who goes beyond three is generally a cook (for better or worse).
Now you're surely thinking how many kinds there are. My answer is five. Maybe there's one or two I missed. Mind you: not all of these look yellow in the shop! Give them 10 minutes of introspection in  a pressure cooker and they'll rang themselves basanti for sure!
Aside: The Husband has left a strange song playing on the comp: "hey hey hey lady! don't treat me like a baby! hey hey hey mister, don't treat me like a sister..." iTunes tells me it's from Ussele Ussele...Abey kiss-se kya lena hai?
Posted by Ink Spill at 10:27 PM 9 comments: 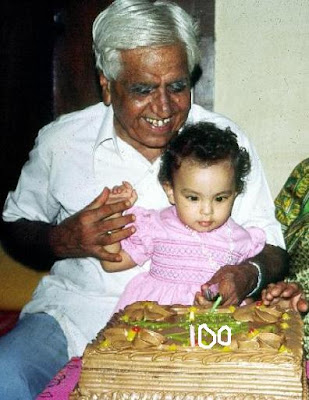